Coalitions in the News: March 2018

Lindsay Carver Stockman was honored as CADCA’s 2018 Advocate of the Year for her work in Buncombe County, North Carolina. Lindsay has been instrumental in building relationships within the community and was able to secure a sustainable funding plan for her coalition. For coalitions looking to be successful and sustainable, she stresses the importance of taking a hands-on approach and getting out of the office, into the community. 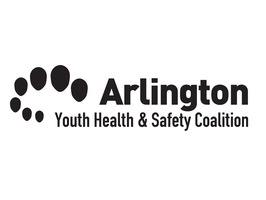 The February Superintendent’s Newsletter featured some of the positive findings from the community’s Parent Norm Survey. The Arlington Youth Health & Safety Coalition’s work has contributed to 90% of respondents support the enforcement of social host law. Read more here (pg 5).

The Daily Freeman Journal ran an article promoting the upcoming Strengthening Families Program for parents and youth ages 10-14. The interview was requested since the class starts next week and the coalition is seeking additional families to participate. The family programming is half of the evidenced-based delivery system Power Up Youth is using that also includes skill building among 7th graders.

Roselle Everett Hatcher Prevention Coalition hosted a focus group discussion on opioid and drug abuse. A story about the focus groups was published in Tap Into Roselle, the local news, and on Facebook.

SAFE in Sag Harbor was promoted on their local radio station and newspaper, Dan’s Paper, after the community’s annual Frost Festival. The coalition spread awareness for health and wellness, ATOD, and school at the festival. Along with being featured on local news, SAFE Sag Harbor received very positive feedback on social media from community members.

The Schuyler County Coalition on Underage Drinking and Drugs was featured on WETM for its fourth annual Smoke-Free Movie Night. The free event invites the public to see a kids movie with no tobacco influences, smoking, or use. It teaches kids the dangers of tobacco and that they don’t have to use tobacco to be “cool”.

The Washington Parish Coalition on Human Services was highlighted in their local newspapers for their Alcohol and Drug-Free zones that were available during Mardi Gras. The Bogalusa Daily News also published an article on the coalition’s new initiative that deals with obesity, longer life, healthier living, exercise, food choices, parks and recreation, city weight loss, church walking clubs, and activities for young people. Read the full article here.

Winnebago County Task Force was highlighted in the BC Tribune for work their youth are doing. Students have advocated at the Iowa State Capital and have met with a few state representatives.

Thank you for visiting the ECS Blog. We have set up this dialog to serve as a place to start conversations around coalition best practices when it comes to evaluating and sustaining coalition initiatives for long-­term growth and efficiency. It is also a place where we will highlight the successes of our member coalitions as a reminder of the importance of celebrating accomplishments as part of the development process.

Please check back often for new and updated posts!

© Epiphany Community Services, 2016.
Back to Top